FOR THE RAPID QUALITATIVE IDENTIFICATION OF ASPERGILLUS, PENICILLIUM AND STACHYBOTRYS MOULDS

The Asp/Pen screening test will detect the following species:

The Stachybotrys screening test will detect the following species:

The Dect4mould  Mould Test is simple to use, giving you accurate results in as little as 5 minutes. The tests identify mould species that the U.S. EPA considers to be health concerns for you and your family.

The Detect4Mould Test kit contains two test cassettes for the identification of mould species linked with poor Indoor Air Quality aspergillus and Penicillium (Asp/Pen) and stachybotrys. This product is intended for use in the home and office for performing rapid screening of potential mould-containing samples.

First, determine the area(s) that you will be sampling. Typically, this will be:

Within minutes, one or two-coloured lines will appear on the test cassettes. At high concentrations of mould, positive results can be seen more quickly. DO NOT interpret results if more than 20 minutes have elapsed.

The cassette is negative when a single coloured line (C – control line) appears.

Note: Any visible line in the test window indicates a positive test.

What does a POSITIVE result mean?

Dect4mould screening tests are highly sensitive to specific mould types that are suspected to cause health issues. A positive result indicates that the area that was sampled contains detectable levels of these moulds. It does not necessary indicate that you have a serious mould issue but rather that you should consider consulting with a professional indoor air quality inspector or remediation service professional. The actions you take will depend on many factors including the extent of the mould infestation, the specific type of mould, the overall air quality in your living spaces and the costs involved. For serious mould issues, it is strongly recommended that you follow up with a laboratory test. These can be conducted through MedNZ Ltd.

What does a negative result mean?

Remember there is mould everywhere around you. The question is at what level and whether certain individuals may be sensitive to the types that are present. AlthoughDect4mould tests are highly sensitive screening devices for specific mould types, a NEGATIVE result indicates that the area sampled does not contain mould levels above a certain significant level. It also does not conclusively indicate that there may not be a mould issue elsewhere in your property. A negative result on a settled dust sample does give a general indication that there is not a significant mould spore level in the air within the areas tested. .

Limitations of the procedure:

Negative results may occur when levels of specific antigens (mould) are below the detectable concentration level (sensitivity) of the cassette test.

Dect4Mould is not intended for post-remediation clearance testing.

Worried about the presence of Meth in your new home?

Methamphetamine contamination is a real problem in New Zealand and one that often goes undetected.

Now, with our range of home screening kits including regulation standard CHECK4METH you can put your mind at ease by conducting self checks in your home, or home-to-be.

Our kits allow anyone to conduct a simple test with accurate results in minutes to detect traces of Meth and other known narcotics. Conducting a test can be a simple and easy way to put your mind at ease, or get the information you need to make an informed choice about your investment.

With several years closely working alongside MMC International, MedNZ Ltd has launched a product suitable for screening properties and surfaces for Methamphetamine, also known as "P"

Detect4Mould - easy to use- instant results

InnoScreen - the easy solution to your workplace drug testing requirements.

Fast, Accurate and easy to use 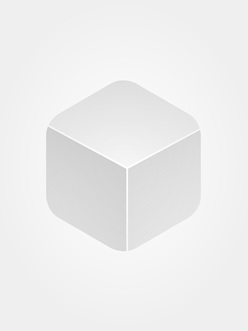 One Step Synthetic cannabinoids test is a an accurate screen test detecting Synthetic Cannabinoids and has a low cut-off level at 30 ng/ml.

Easy to use...just dip into urine sample for around 10 to 15 seconds-remove and wait for results within 2-5 minutes.

Can detect K2 and Spice

Detect4Mould - easy to use- instant results

InnoScreen - the easy solution to your workplace drug testing requirements.

Fast, Accurate and easy to use

One Step Synthetic cannabinoids test is a an accurate screen test detecting Synthetic Cannabinoids and has a low cut-off level at 30 ng/ml.

Easy to use...just dip into urine sample for around 10 to 15 seconds-remove and wait for results within 2-5 minutes.

Can detect K2 and Spice